“And the angel answered him saying ‘I am Gabriel. I stand in the presence of God and I was sent to speak to you about the good news’.” Luke 1:19

Gabriel was the main messenger angel that is mentioned several times to tell the world the good news of the coming Christ. Angels are personal creations of God that serve Him and carry out His purposes.

I believe angels are around us today and that sometimes we engage with them, not realizing it, until after the fact, as somethings the outcome can be explained no other way. I have had one major event in my life that can be explained no other way but I am sure there are others that I did not recognize. I am also sure and for certain that my oldest son’s guarding angle worked overtime when he was young and very possibly my youngest as well. Boys!

We see a lot about angels at this time of year as we reflect on the scriptures, Luke 2:9-14 telling the story of the angel of the Lord announcing to the shepherds of the birth of Christ and the sky being filled with heavenly hosts singing and praising God. Debbie Smyth posted a magnificent article of the Angels in London. If you have not see it, please go review. It is truly marvelous.

I am a major collector of angels and some of these creations stay out year round to remind me of their love of God, their love of me and their focus on the purpose of God’s ways.

Some people like stars on their tree top as the reminder of the star over Bethlehem but I like angels. I have several that I use, some are beautiful and ethereal but I like the one I call Gabriel with his robe flowing around him. Some have told me I should call him Michael but Michael is an archangel. An archangel is a leader of angels and Michael is listed as a warrior archangel and is his story is told during battles with satan and during the end times of Revelation. Gabriel not an archangel, he is a messenger angel and very prominent in the birth of Christ. Therefore…

My children know of my love for angels and have given me several over the years. My oldest made me one when in high school, art class. 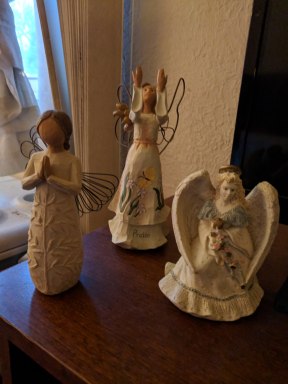 The picture of the three at the top were given to me by my youngest representing his love for me as he thought I was his angel during a very hard time when they were young. It shows angels with all three of my children, the oldest son, the girl in the middle and the baby boy. That group stays out year round. Below are other pictures of my angels that I thought you may enjoy. Later I will share all of my nativity scenes….yes I have lots of Christmas. It’s the most wonderful time of year. 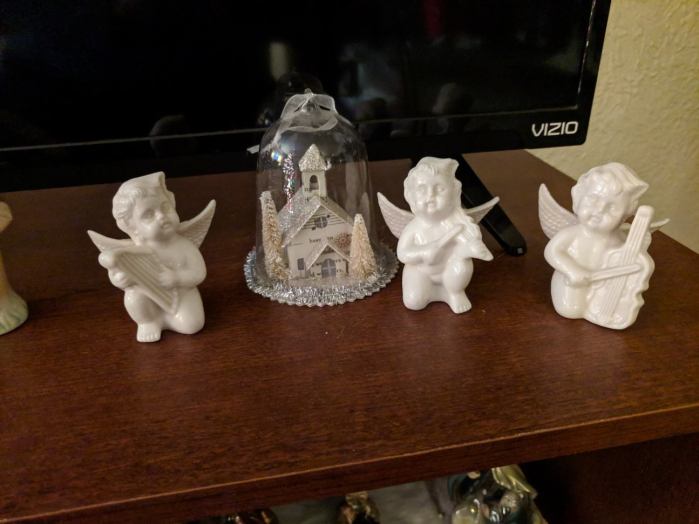 Kissing Angels…these were my moms, so they hold an extra memory. 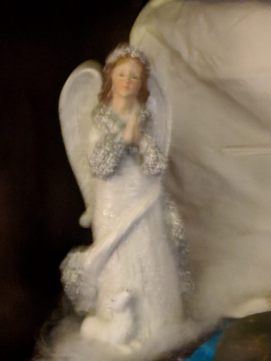 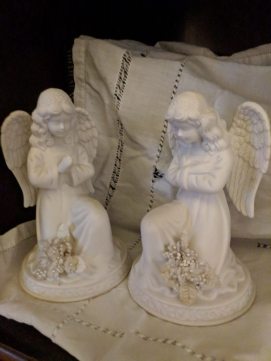 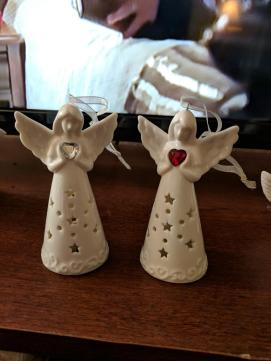 Ornaments…too many to show but here are a couple. Several styles of hand blown glass.

And as always I throw out my encouraging thought on being kind. Instead of the hustle and bustle of the holidays control your energy, let kindness be a large part of it. It will make the holidays seem brighter. Follow suit and be part of being RACK. 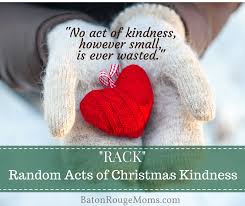 Retired Quality Manager but still have the "Why" curiosity drive so I am turning my love for Christ and nature into my new why chase and am trying to discover more of His word as it relates to His love for His creation. View all posts by anitashope

One thought on “Angels on High, Reflections of Christmas”