Whether you believe in Christ or not the use of our dating system reflects before he existed and after he existed. The time periods before and during Genesis have no date reference in the bible itself, however, there is archaeological evidence around certain characters during that time period that is surfacing helping us piece together some of the historical information previously thought  lost. What does this have to do with today, nothing much other than proving life is cyclical and man does not learn from his mistakes.

The book of Judges is estimated to have begin around 1375 BC. The very first judge was Othneil – 1367-1327 BC. The reason for the judges in the first place is the people did not obey God by intermingling with the peoples of the land that God gave to them. The very people God told the Israelites to get rid of so they they would not intermingle with them and learn their ways, thus sinning against God. The people would realize they yet again screwed up, whine and beg God for  help, God would send them a judge. They would obey, get right with God and prosper until that judge died. Then they would forget and fall away from God, again following practices they should not follow. God would get fed up, turn away from them. They would get captured by these people they were supposed to have run out of the land and on and on and on. Through each successive judge the people would get right and prosper, the judge would die, the people would revert back to doing evil but as each new judge came along the people would not get fully back into compliance so they became weaker and more sinful as a whole. The judges lasted approximately 320 years with Samson being the last judge and during his time you really saw how arrogant the people had gotten including him and the “people did as they saw fit in  their own eyes.”

That’s kind of where we are today, right. Yea, but if you read history from the 1800s, those philosophers said the same thing about their generation. So, were they wrong? No. It’s all cyclical or pendulum-atic. Not a real word but a favorite saying of my father’s. Each generation thinks they have the right answer and the strong leaders run the people all in one direction, then the next generation throws the pendulum in  the opposite direction pulling all the people in  that direction with neither side learning from the mistakes of past generations, neither relying on the grace of God to drive them and no one really going in the correct direction at all.

Today we have no prayer in school, we are killing babies out of convenience and there is no God authority in any type of government or management and very little of teaching of right and wrong even at the home level. I totally understand the separation of church and state but I also believe God needs to be the driving force. So without the teaching of right and wrong in homers, government being totally greedy in their beliefs and not have God as the head, chaos begins to break out and crazy things happen like school or theater shootings, cars running over people on crowded side walks, then down on the home level, bored kids who are not being cared for are left to run the streets to become vandals and destroy property just for fun. Last night 6-9 cars on my street were the entertainment of a few of these kids. Makes you worry about what’s next and I am in a good neighborhood.

Each generation needs to do better not worse. I know that scripture says things will get worse until God has had enough but do we really want that. It makes me sad. And it is so hard to be encouraging sometimes but we must prevail. If those of us who try to always be compassionate, encouraging or kind fail and give up – that is when evil will have won, at least evil will think it would have won but those of us who are in-tuned with God know how the story ends so I remind you to pull as many as you can with you into the love and grace of God and always be kind. 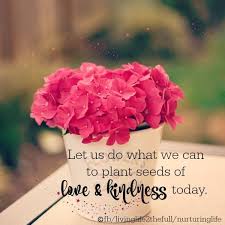 Retired Quality Manager but still have the "Why" curiosity drive so I am turning my love for Christ and nature into my new why chase and am trying to discover more of His word as it relates to His love for His creation. View all posts by anitashope

3 thoughts on “Book of Judges and Today”