Since the fall of creation, the planet and its many species have been at war with each other. Some fight to establish dominance, some fight to protect their homes. When we think of war, we think of people for they are the most ruthless and demeaning of all but I want us to think of smaller territories…basically the back yard.

Since March I switched from the suet feeders to the seed feeders. I have been enjoying the various birds that come to my yard and through switching feeds around, I have settled on Saffron seeds for two reasons. One squirrels don’t like them and various birds that I consider take over birds (Grackles & sparrows) are generally not a big fan of Saffron. Yes, I lose some of the other birds I enjoy watching but the ‘war’ seems to be less intense. While sparrows are cute and cuddly, they come in swarms and deplete the feeders before anyone else can have any so, sorry guys but you are pigs.

What I did not expect to see was the war between the Blue Jay and the Robin. While I do have a ring of peanuts for the Blue Jays and the Woodpeckers, I have a platform feeder with Saffron for the Robins and the Mourning Doves. The rest of the feeders are tube feeders filled with Saffron.

I did some research and found that Jays and Robins generally have strong animosity towards each other but will nest in the same tree. Coming from the south, I am well aware of tactics of Jays and always thought the Robins to be the gentle bird. Not in my yard. If a Jay dare show his face in my yard, the Robins come out of nowhere and run them off. Its quite comical. The obvious leader of the Jays in this area is quite large and beautiful. He is a large male that is a good bit bigger that the Robin – no matter, he runs from the Robin.

I write a lot in my blogs about being kind to all kinds but you can’t train out instincts of nature. One day we will all get along, but not today. So until, that day, try to always be kind. You will be surprised of the encouragement you will spread.

Sammi Cox tells us with her challenge that Weekend Writing prompt is a word prompt to get your creativity flowing.  How you use the prompt is up to you.  Write a piece of flash fiction, a poem, a chapter for your novel…anything you like.  Or take the challenge below – there are no prizes – it’s not a competition but rather a fun writing exercise.  If you want to share what you come up with, please leave a link to it in the comments. Word Prompt is:

The hawk’s next meal is unknown to him as he soars effortlessly on the summer breeze. He sends out his shrill call to his mate or fellow hawks as they all float in the upper air drafts of the sky while scanning the earth floor below in search of an unknown victim that will be their next meal.

While all life is precious, the rules of nature are always at play. So it is always important to share kindness wherever you can, for some are victims and some are just plain lost.

I have seen the odd bird once in awhile sit on the support arm of one of the cameras around our church but this by far was the weirdest bird. Every time the wind blew he fluttered his wings. Wish I could have gotten a video of it for you because then you would really laugh.

I actually pulled out my camera before it turned into a bird. It originally was a pair of large yellow googly eyes as it slid across the churches camera lens. What is this strange creature that changes shape…its a raindrop.

I am always amazed of the shapes and colors that can refract through water. Rainbows are an amazing example. This orange bird is a reflection of the guide stripes in the parking lot. So now that you have joined in on my fun for the day, I hope you have a fabulous weekend. Here in the US, it a highly respected weekend. Memorial Weekend, where we remember those military men and women who gave us the ability of freedom where we can laugh at raindrops making funny shapes as they slide across a lens. At my church, on Sunday, we also honor those loved ones who passed on to be with Jesus.

Regardless of what the weekend may or may not mean where you are, remember the value and honor of kindness.

I have been so super busy since the end of September that I have not had time to even look at the computer much less get on it to write. In September I finished painting and decorating the kitchen from the grossness of tacky wallpaper…

I show this corner of the kitchen as it goes down to the basement because it shows the most wall. Tiny kitchen…way too busy a wallpaper. Time to get rid of it. So I stripped it off, and repainted and added more interesting décor.

The plants in the hangers are live. I decorated the grapevine wreath on the wall and now the room looks bigger. Then my Christmas project came in…

So since the kitchen was done, I have been getting the wooded decorations painted to hang on the fence with garland and red bows. Here are a few of the 11 balls. They go up 1st week of November. Yes I decorate early. And this year we are looking to get it done and have better things for the coming year.

So now we are varnishing them to protect them. And while the paint is drying, I am posting. As I sit on my couch and watch the feeders, I forget how big the Blue Jays are when I usually just have the Chickadees or sparrows.

It is fun in life sometimes to just stop and watch nature’s beauty that is all around you. So take the time today to see the beauty surroinding you and remember to always be kind.

One all the painting is done, I will get back to my daily words of interesting tid bits. Be safe.

This is my feeder

This is an awkward story, rather a poem of things that fly

Big things and small things can zoom through the air

Other things just float or flutter with acrobatical  affair

Heavy things and light things, so many types there be

One must pay attention to all the beauty you can see

If you enjoy being outside, look around at all that there is to see. There is life and beauty everywhere, big and little, fast and slow. All with their unique purpose and task to complete.  And as always I remind you the beauty and important attribute of Kindness. In all that we do, we should always be kind.

Boy do we need to escape from this mess  now, and this is a great way to do that. Some of us are busier than ever and some are at a snail pace. I am somewhere in the middle but lean more toward the snail. I wanted to color something to make it feel like spring, even though we are still in long sleeve.

Come join in the our fun way to relieve stress get in touch with your inner child. Linda G Hill hosts this prompt once a month as The Escapist Coloring Club Prompt.

And remember to always be kind with all people and all creatures, especially when things are so unhappy. You may never realize the affect you have in doing so.

Hearing is such a blessed gift. Cee’s Fun Foto Challenge is to share pictures of favorite things you like to hear. There are so many sound that bring us joy, peace, comfort and even laughter. Nothing is probably more precious than a baby’s laughter but since I have no pictures of that I will go with my probably my second favorite. The singing of birds.

These are last year’s pictures as this year the yard is in a total mess of adding a new fence and of course it is raining creating a muddy mess.

As you listen to the things you enjoy, remember the happiness it brings to mind and share it where you can. In all things remember to be kind. 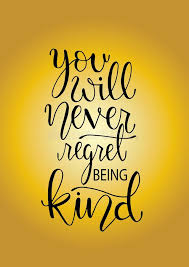 Linda G Hill challenges us to participate in adult color attempts and a lot of you are quite good. So even it if is just refrigerator art, come join along for the April fun. We all need positive viewings and happy thoughts for now.

Now that we are having more “down” time, more coloring is done. I keep forgetting to do a before picture, sorry. I know it is spring but I felt this picture needed woodsy fall colors.

As we all go through this scary time, my prayers and well wishes shout out to everyone across the world. Hopefully we will soon see a decline in cases and we can all come together with real hugs.

During this time know the utmost need for kindness and share it distantly but often. Even a kind smile and wave across the street can be uplifting. 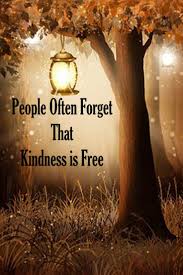 When you have one of those mild winters you automatically expect spring to be quicker, at least I do. I know it is still March, and today is 44 degrees but I am ready. Yesterday I saw my first Gold Finch to my feeder, one male and one female.

I do apologize for what looks to be a bag of garbage in my yard. That is actually home brewed mulch for a raised bed I am adding in front of those firs this spring. Didn’t want to have to carry it to the back and bring it back to the front.

So with the sights of birds and flowers coming up, I am getting more ready, especially since we are home-bond for who knows how long. Hopefully the curve will soon start to flatten and we can begin to relax. I do lift prayers daily for world as so many countries are being taken by storm of this pandemic with the US being the highest number of cases.

Once this storm is passed I hope to get my front fenced in so that I can be outside in the yard with the puppies at the same time without a leash being involved. We both then can be free to move and play. So I shine out hope for quick recovery for all of us and the warmth of spring to come soon. May you all be safe and as always, remember to be kind, especially while this storm is unleashing upon us.

For the Love of
Blog at WordPress.com.
Loading Comments...